The gaming industry has grown from being solely focused on entertainment, and for a select group of people, into a flourishing sector filled with job opportunities. Professional gaming, live broadcasting, and vloggers are the most abundant. The E-gaming industry grew to a staggering 950 million market revenue in 2020, with growth projected towards a 1,5 billion market in 2023. Suffice to say that the gaming sector is still exponentially growing both in market share and in market revenue. 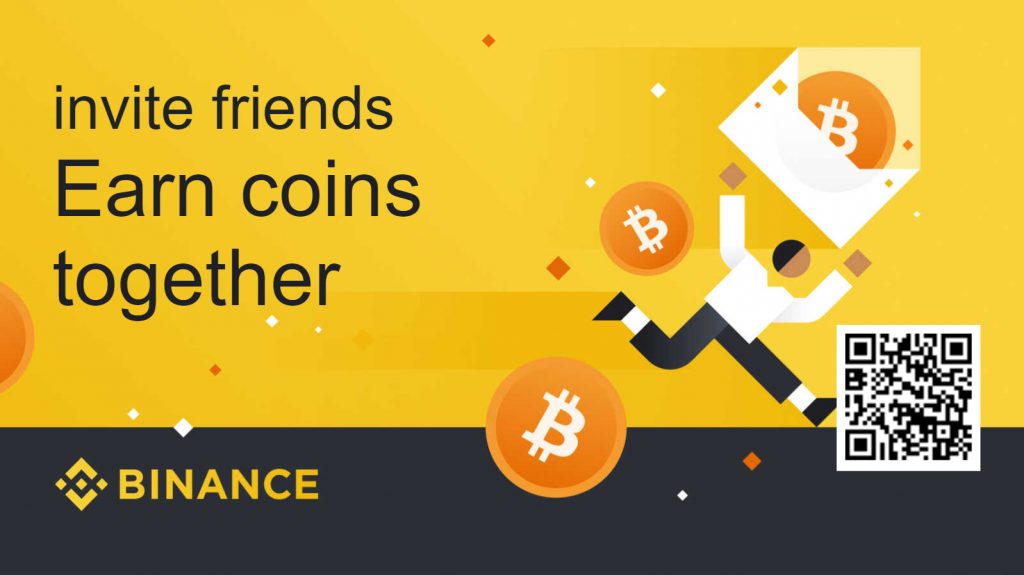 However, the lion’s share of this revenue is earned by a tiny percentage of, mostly professional gamers and streamers. The exceedingly large part of the community plays just for fun without any financial benefit. This results in a massivegroup of people, 2.7 billion to be precise.

All these people could enhance their gaming experience if, besides their enjoyment, they could also get paid for playing their games.

And this is exactly what Exeedme is trying to accomplish by implementing blockchain technology into the gaming world. 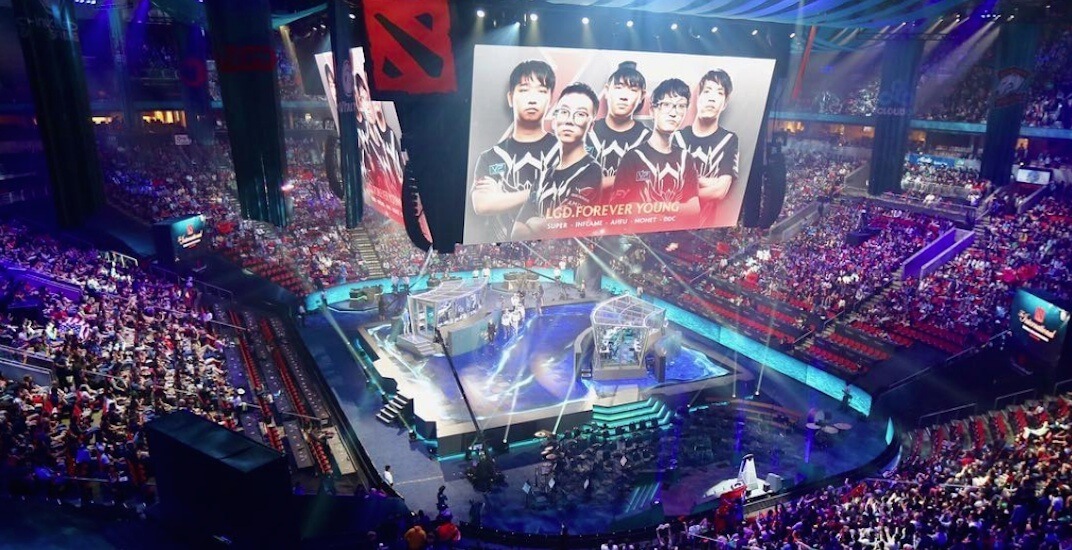 Exeedme is building a blockchain-powered gaming platform where gamers can play the same games they already play while also including ways of earning cryptocurrency in the process. Players can bet on their victory and win the pot. They can also earn the XED token by engaging with the platform and other players, and they can earn crypto and NFT prizes for winning tournaments. Simply by playing games in the same manner as they usually do, gamers get that little bit of extra excitement by raising the stakes.

The Exeedme platform will use a matchmaking system to find contestants of the same skill level to ensure an even battle. This will open up the possibility of earning a little extra, or in some cases even a living, for players in every skill bracket. Something that’s now reserved for only the very best. Besides the skill system, Exeedme makes sure there are no cheaters in their games. Regrettably, cheating is still a critical problem in the gaming sector. When the stakes are raised, and actual money can be won, there can be no discussion whether the game was won fairly or not.

Earning crypto in games is a concept that we see getting implemented more. Projects like Enjin, and Decentraland are leaning primarily on the NFT aspect. For example, players can earn crypto by buying and improving land. Other projects like Axieinfinity are creating games where people can also earn crypto by playing the game. A term dubbed ‘Play2Earn.’ Players can battle Pokémon like creatures, and if they win the match, they can earn crypto. What sets Exeedme further apart isn’t only combining both these subjects but, more importantly, leveraging the already incredibly massive userbase as well. Exeedme will start their Beta version with the popular first-person shooter game Counterstrike CS:GO, which averages over a million players simultaneously on the Steam network. After CS:GO, Exeedme plans to integrate many of the more popular (competitive) games onto the platform. In time, they will add decentralized games as well.

There are still several critical issues with blockchain gaming at this moment. The high cryptocurrency knowledge level of entry, the often high costs (buying three Axie’s, the Pokémon like creatures we mentioned before, will cost you over 200 dollars currently!), and the small userbase are the most important ones. Most of these barriers are deleted by implementing a super-friendly user interface blockchain solution on top of existing popular games. Even better, when this entire userbase learns about increasing the stakes and earning income, they should all migrate towards this new solution. It seems to be just a matter of time.

Exeedme, and its token XED, was raised on Polkastarter and aims to migrate to the Polkadot blockchain at the end of Q4 2021. However,  Exeedme’s first Beta and Phase 1 features will still be developed on Ethereum. Due to Polkadots’ benefits, mainly the lower transaction costs and its interoperability with other blockchains, Exeedme will move away from the Ethereum blockchain. We see a great future for the Polkadot ecosystem and feel this can only benefit the project.

The XED token will play an integral part in the Exeedme gaming ecosystem. Besides earning XED for winning games and tournaments, gamers can earn the token by increasing in rank and completing certain milestones such as the number of games played.

XED has built a system wherein staking the XED coins results in more options and rewards for its users. By staking a larger amount of XED, users will receive higher level NFT’s and XED rewards.

The XED token itself can be used to organize tournaments, build communities and integrate new games. Users will first have to stake their XED tokens to be eligible for higher participation and progression rewards, more exclusive NFT collectibles, and other digital perks such as skins to upgrade their avatar. These upgrades and NFT’s will be freely tradeable both within the platform as external, creating yet another way for players to Earn while Playing.

Community creators and organizers will also have to stake a certain amount of XED to build their tournaments and leagues. The XED token will be used as a form of energy in this ecosystem, and the organizers will have to maintain their staked XED to keep everything running.

Finally, there are also use cases for game developers. Opening bug bounties, beta testing, and other engagement activities will also require XED staking.

All of these ensure the XED token demand will remain high, and with an ever-growing userbase will even increase. Higher demand is generally good for the XED price.

Exeedme is still in Beta and is being tested by developers, crypto enthusiasts, and even professional gamers. As far as we can tell, the interface looks smooth. Gamers will have no issues with getting themselves set up with the dashboard, and everything seems to be easily integrated with Steam.

There is also a Marketplace section within the dashboard where players can buy and sell items and NFT’s using their earned or bought XED. For now, we can’t review their product based on our own experience because we haven’t yet used the product ourselves. But based on videos and their first official tournament on Twitch, everything seems to be running well. Be sure to check out these tournament games if you’re interested in some CS:GO footage as well!

We will, of course, update this DeepDive when we get our hands on it ourselves.

Compared to our other DeepDives, this article is a bit shorter than usual. That’s because we are still in the early phase of the Exeedme project. However, the prospect of Exeedme made us so enthusiastic that we already wanted to share what is here with our readers.

Exeedme has an excellent concept that, if done right, can become the standard in the gaming industry. Gamers of all classes and skills can earn an income by playing their favorite video games. It’s something we see evolving with more and more blockchain projects in the gaming sector, and we couldn’t be more excited. It may even cause the average skill level of gamers to increase. By raising the stakes, players will try harder and eventually move to a higher class in general.

In a way, the Exeedme platform can generate divisions based on skill and level and a career path for gamers looking to reach the top. The pool of potential pro-gamers will increase, and so will the skill level. 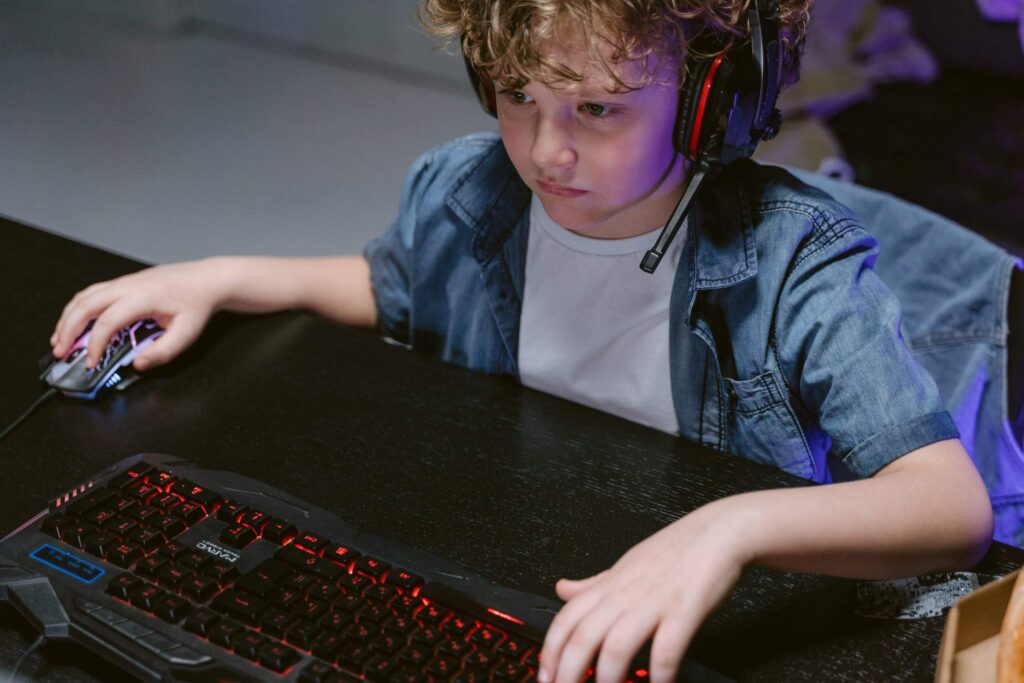 We’ve all been discussing that ‘killer app’ that will bring blockchain tech mainstream. With a sector as big as the gaming industry and still with so much growth potential in both the number of people playing and the amount of money circulating, Exeedme can certainly become that killer app.

In essence, people don’t have to understand that they are using blockchain technology. Simply by playing the same game as they used to, but now with a different startup interface, will they reap the benefits. Add in all the other concepts like staking, NFT’s and other ways of earning some income, and we can’t imagine players ever wanting to go back to the ‘old days.’ Exeedme can become a real gamechanger, and we’ll be sure to follow their moves in the coming years.

Cryptodeepdives guide to SocialFi – A full exploration of SocialFi

Join me on this socialfi exploration quest and learn something in the process. I’ll research for you and make everything concise and to the point.

What is Defi Kingdoms? Gamified DeFi with upgradeable valuable NFTs

Everything you need to know about DeFi Kingdoms – Revolutionary Play to Earn gaming!

Receive our newest articles in your mailbox!